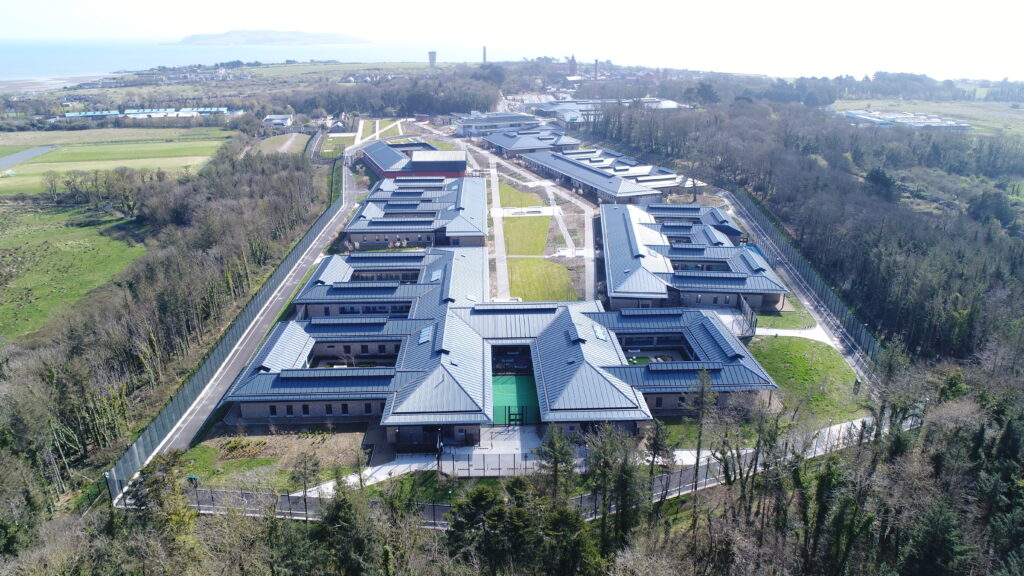 OHLA has been distinguished with an Award Merit by the prestigious publication Engineering News-Record (ENR) for the design and construction of the National Forensic Mental Hospital (Ireland). The project has been awarded in the Health category of the Global Best Projects Awards 2022. Divided into 19 different categories, these awards recognize some of the most important constructions in the fields of education, culture and health worldwide.

The hospital complex, located in Portrane, in the north of Ireland, comprises 10 buildings and 24,000 m2 of floor space, and has been built in accordance with the criteria defined by the BREEAM Very Good sustainable construction benchmark certification.

During the design process of the project, the BIM (Building Information Modeling) methodology was followed, incorporating new collaborative tools in the development and management of the project that have a positive impact in terms of sustainability, by achieving cost optimization and responsible use of material resources.

This award brings to four the number of OHLA initiatives that have been chosen as the best project by ENR so far this year. In addition to the Forensic, other projects honored by the various editions of the publication include the Ardie R. Copas State Veterans Nursing Home (Florida) in the Government/Public Building category, the RiverEdge Park Pedestrian Bridge (Aurora, Illinois) in the Landscape/Urban Development sector, and the Robert F. Kennedy (RFK) Bridge ramp construction project over the Harlem River (New York) in the Highway/Bridge category.

OHLA’s activity in the hospital field began in 1930 in Spain and has been extended to other countries. In total, the company has carried out the construction of more than 150 new hospitals, equivalent to more than six million square meters and more than 60,000 beds. In addition to these figures, the company has completed around one hundred healthcare centers and more than 200 renovation and rehabilitation projects. It should be noted that the company applies in its work methodologies such as BIM (Building Information Modeling), aligned with the digitalization of construction processes, and follows sustainability criteria recognized by prestigious international standards, such as LEED (Leadership in Energy & Environmental Design) certification, granted by the US Green Building Council.