The company, named New York Contractor of the Year by Engineering News-Record, has left its mark on the Big Apple subway and its main rail lines 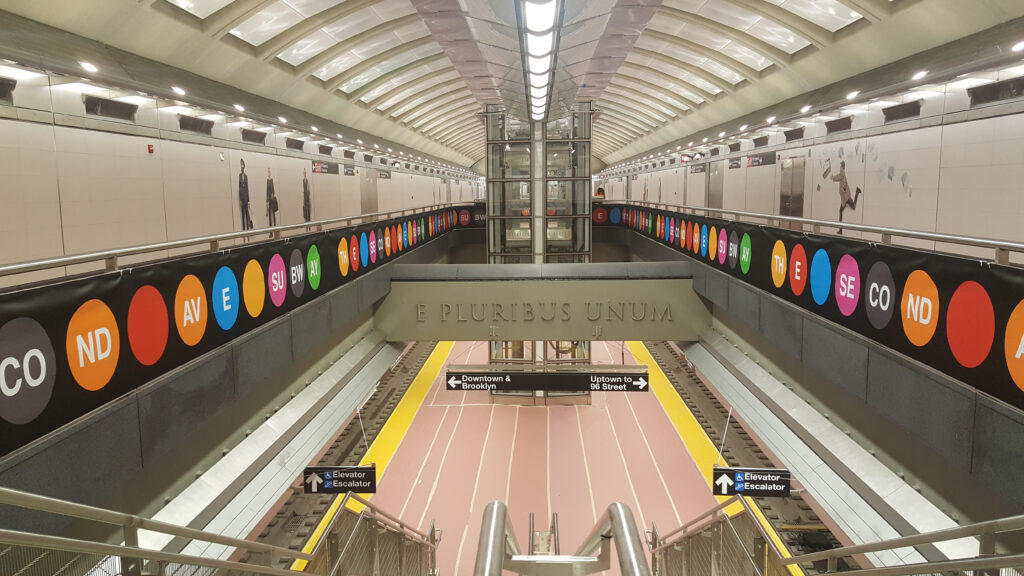 OHLA’s subsidiary, Judlau Contracting, Inc., has been awarded contracts worth nearly $3 billion (€2.6 billion) over the past ten years to improve New York’s transportation infrastructure. The company, which specializes in constructing large public works contracts, has left its mark on New York with transformative projects that have contributed to renewing and modernizing key infrastructure.

Among the contracts developed for New York’s Metropolitan Transportation Authority (MTA), the ones to upgrade the agency’s subway system are especially noteworthy. Judlau is currently modernizing and improving the accessibility of eight subway stations. The project, valued at $154.9 million (€126,3 million), includes the installation of 18 new elevators that will provide full accessibility to eight stations located in New York City’s five boroughs.

This project is in addition to the recent contract valued at $94.7 million (€88.4 million) for the Painting and Structural Repairs of Bridges and Elevated Structures on the Dyre Avenue Subway Line and White Plains Road Subway Line in the Borough of the Bronx.

OHLA’s subsidiary has also performed various high-profile works for MTA, including the 72nd Street Station Fit-Out valued at $347.3 million (€ 251.9 million) and 63rd Street Station Rehabilitation valued at $229.3 million (€199.5 million), both of which are part of the Second Avenue Subway project. Judlau has also performed the rehabilitation of the South Ferry Terminal, the rehabilitation of the Montague Subway in Manhattan and Brooklyn, and the modernization of the signal system on the Dyre Avenue Line in the Bronx.

This contract is in addition to others such as the $227 million (€208.6 million) contract to upgrade 48.2 km of Metro-North Railroad’s Hudson Line. The project involves the replacement and retrofitting of power, communications, and signaling cable and equipment damaged by Hurricane Sandy while protecting the facilities from potential future stormwater damage.

In addition, Judlau was also the contractor responsible for the rehabilitation of the Canarsie tunnel; a main connecting route between Brooklyn and Manhattan, which serves the busy L subway line. Located under the East River, it was damaged by Hurricane Sandy and its rehabilitation is one of the most momentous projects carried out in New York City. With a budget of $504.9 million (€461.9 million), Judlau completed the main phase of the rehabilitation ahead of schedule.

The United States is one of OHLA’s main markets, along with Latin America and Europe. In 2021, the company won new awards worth more than $1.378 billion (€1.15 billion) with contracts as prominent as the I-5 North Capacity Enhancements project in California and the rehabilitation

of the West 79th Street traffic circle, listed on the National Register of Historic Places. In 2022, the company was awarded the Purple Line Light Rail project in Maryland as a consortium for a total of $2.3 billion (€2.17 billion).

OHLA’s New York-based subsidiary was the winner of the Design-Build Institute of America’s National Award of Merit for its RFK Bridge Ramp to the Northbound Harlem River Drive project, which was also the recipient of an Engineering News-Record’s (ENR) Best Project Award in the Highway/Bridge category. The company was further recognized for its work as a general contractor on the project to replace the existing water siphons between Brooklyn and Staten Island, which received an ENR Best Project Award in the Water/Environment category.

Additionally, the OHLA USA-led joint venture’s Bergen Point Southwest Outfall Replacement Project in New York was selected as the Underground Construction Association’s Project of the Year in the $50 million to $500 million contract range.

OHLA is one of the top ten international construction contractors operating in the U.S., according to ENR’s 2022 ranking.