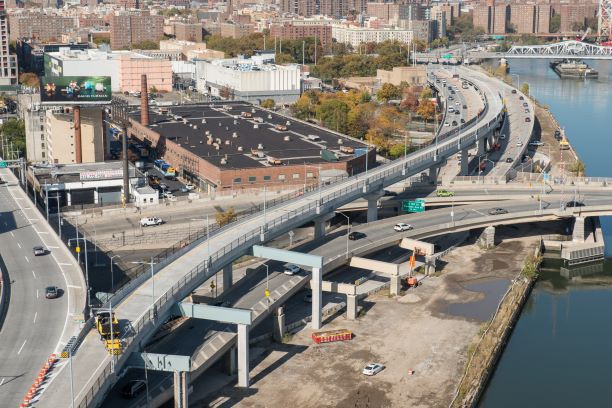 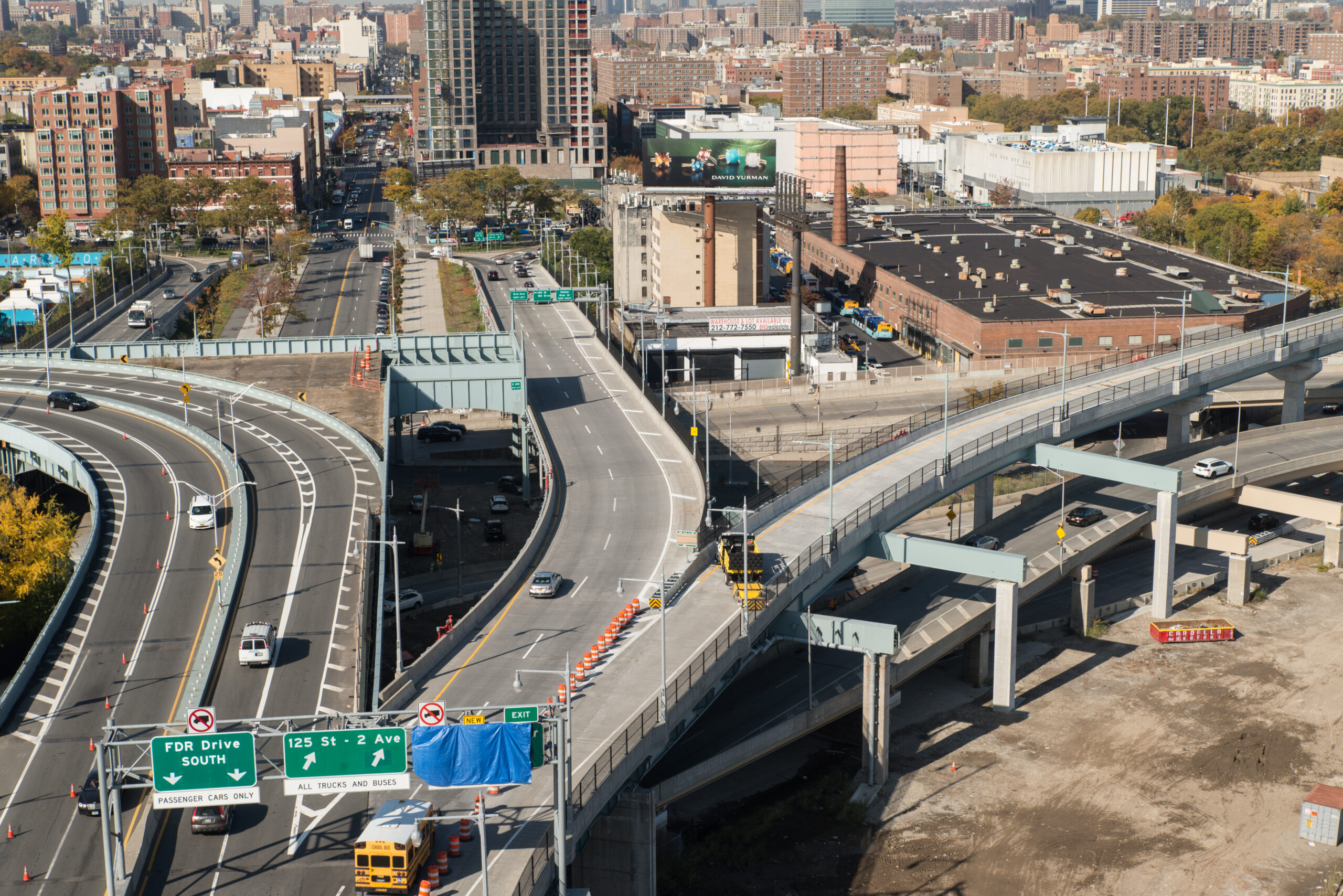 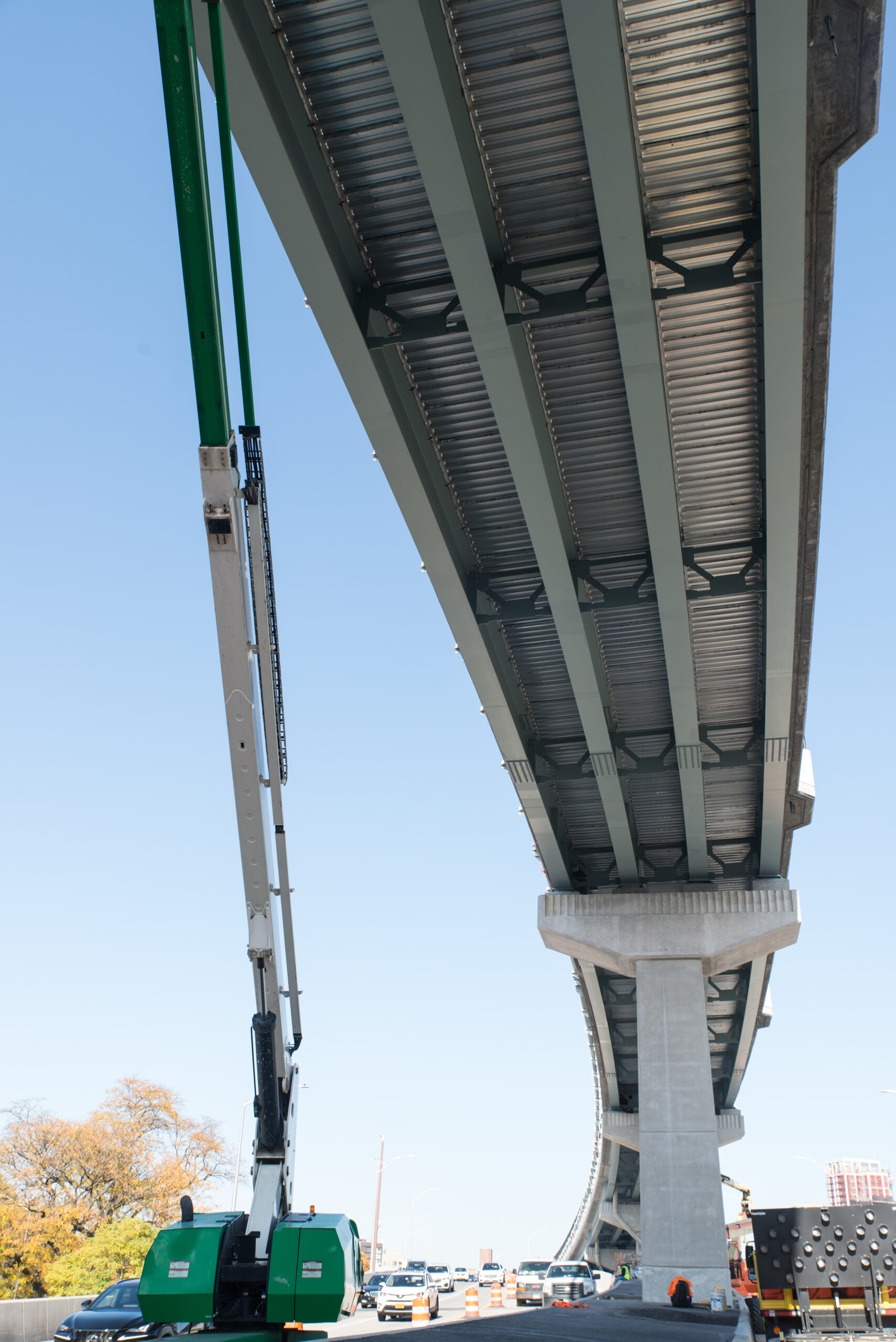 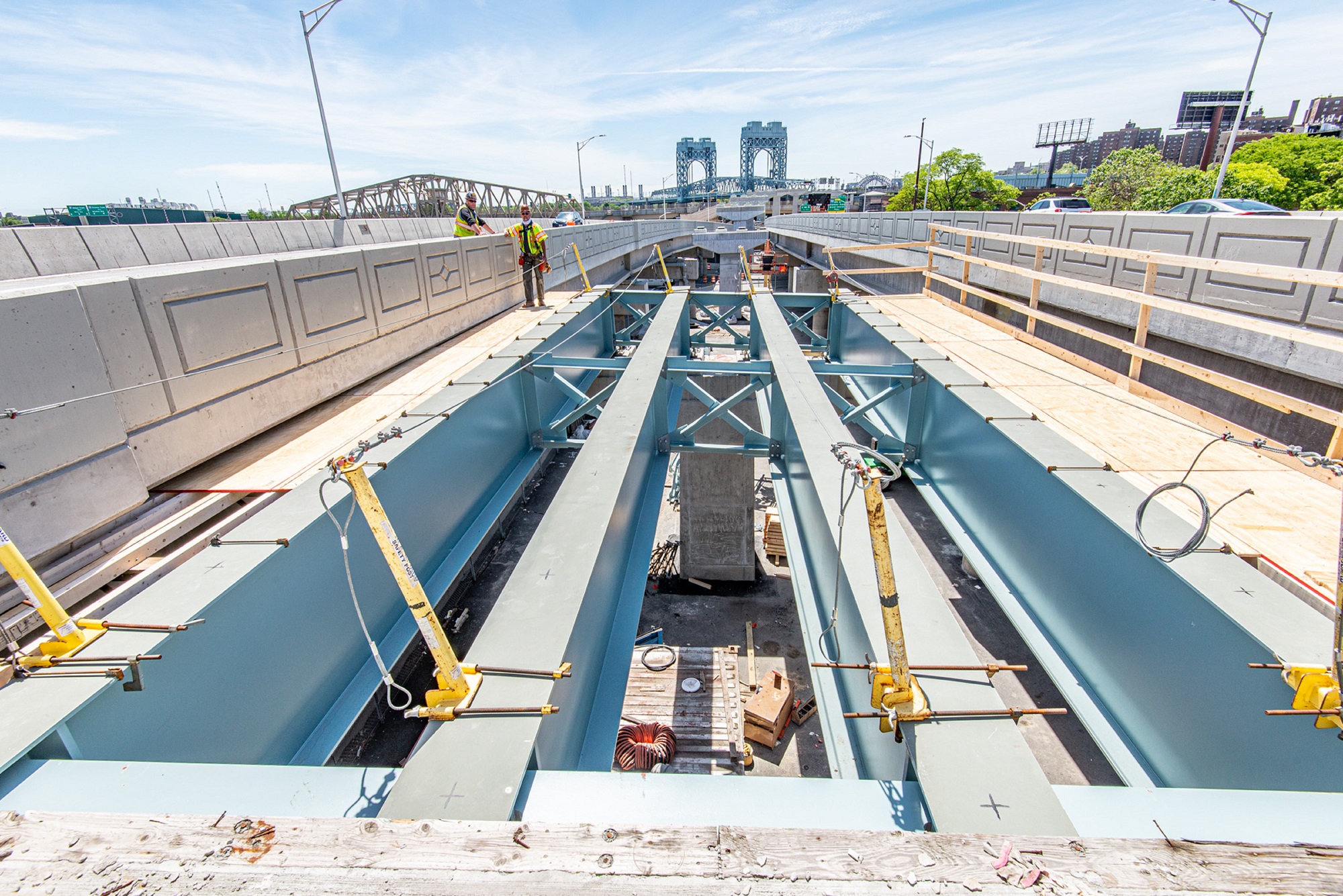 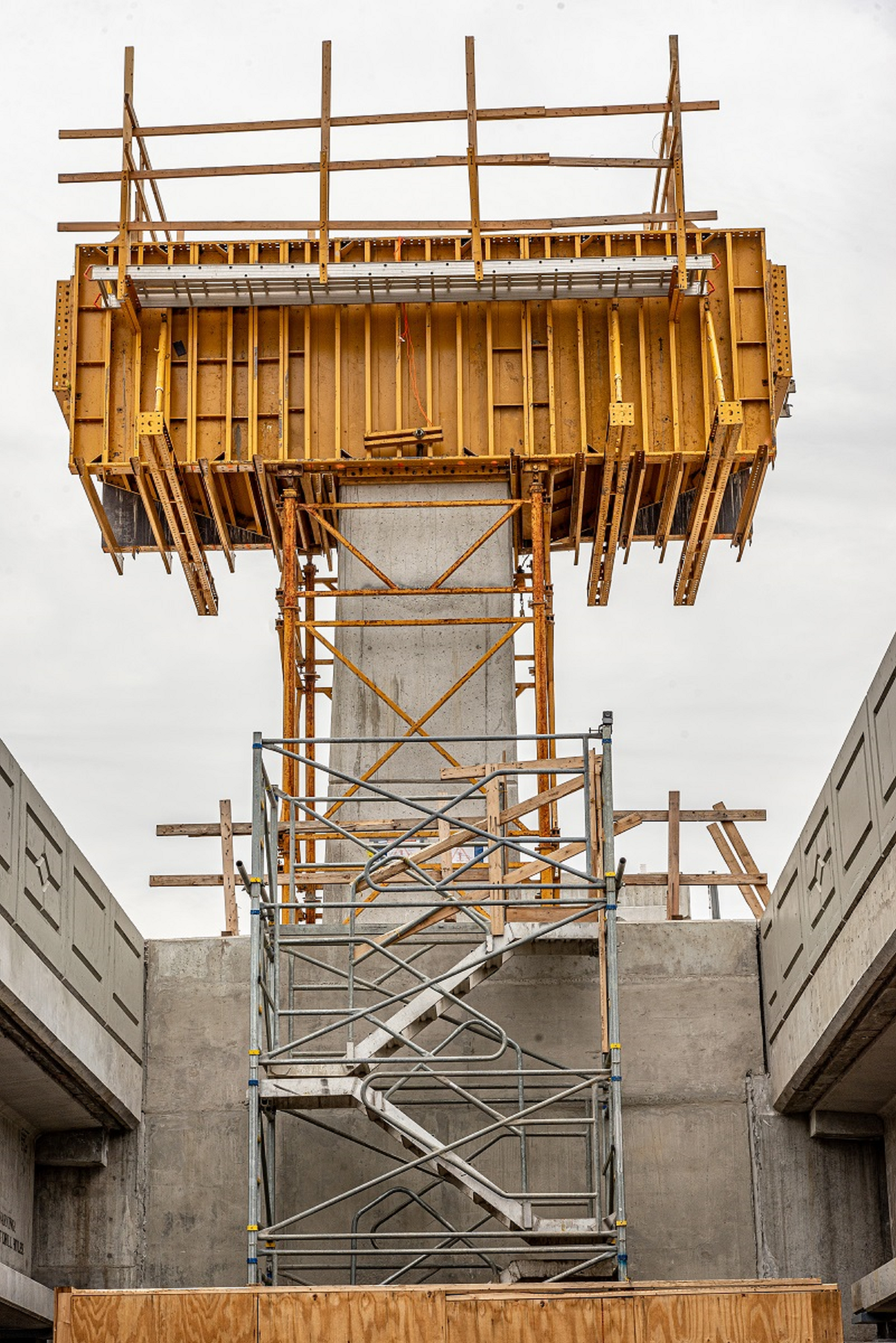 Construction of an access ramp to the Robert F. Kennedy Bridge in New York. This is an elevated structure in the median between the northbound and southbound lanes of Harlem River Drive. The project reduces noise pollution and improves air quality by adding to the existing infrastructure a new elevated access that connects the bridge to the Harlem River Drive towards the north, a route that filters vehicles onto the George Washington Bridge, the busiest crossing in the United States. The 427-meter-long ramp helps reduce driving time while diverting traffic from city streets.

A total of nine hammerheads were used in its construction to support the access deck. In addition, 680,000 kg of structural steel was used for the project, a total of 180,000 kg of stainless steel reinforcement and 1,530 m3 of concrete for the construction of the connecting ramp.

The project, undertaken by Judlau Contracting, OHLA’s New York subsidiary, has won the National Award of Merit from the Design-Build Institute of America (DBIA) as part of the Team Awards Competition, which recognized the best Design-Build projects or teams of 2021.