Innovation in machinery and auxiliary equipment 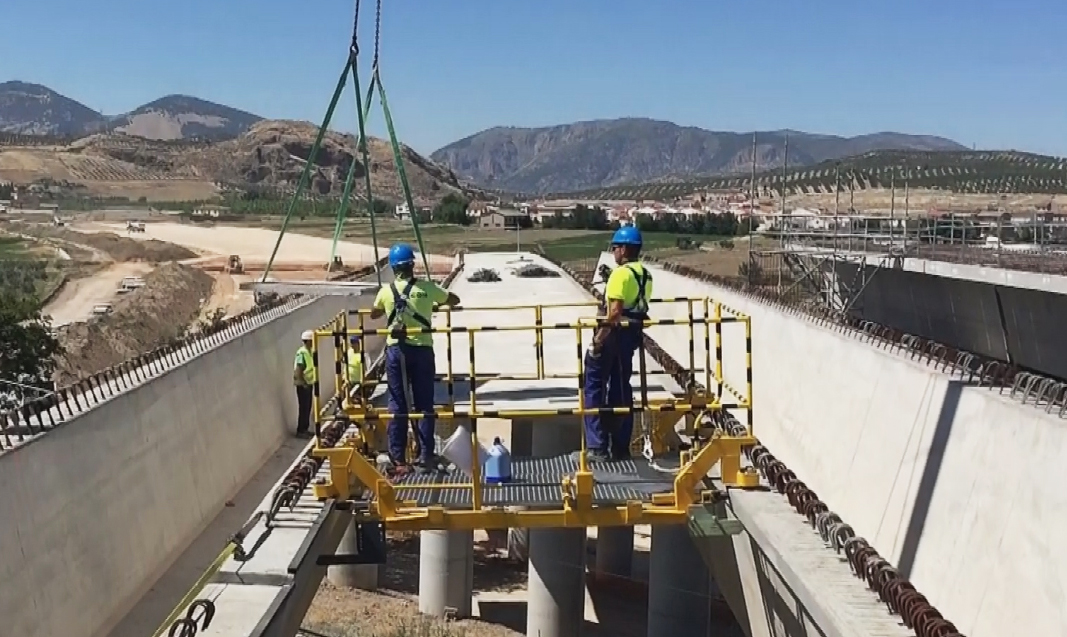 Trolley for placement of shuttering slabs developed by the company and granted an international patent. Application in GR-43 Expressway in Granada. Spain.

We are constantly innovating in machinery and auxiliary equipment to optimize the construction processes around the world. The following projects provide just a few examples of this:

In Mining and Cement, the company developed an integrated crushing, transport, acid curing and copper-oxide stacking system in Chile, a project in which the ore extraction process was  improved significantly.

Some of these innovations have even resulted in patents, such as: