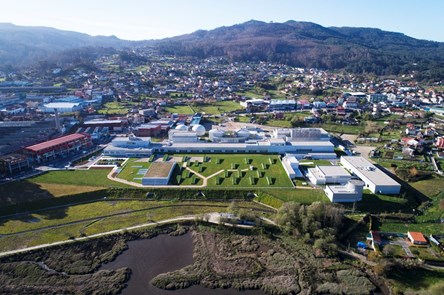 The new WWTP de Lagares, integrated in the sanitation of the city of Vigo (Spain), was designed and built in joint venture by OHL and pioneers a thermal hydrolysis system for sludge, which increases the energy recovery performance of biogas. In addition, its design makes it the largest plant in Spain for biological treatment with biofiltration technology and one of the largest in Europe.

Among its technical characteristics, it should be noted that, for odor treatment, it has a biological deodorization system called biotrickling. Its covered structure also prevents noise and odor pollution. The plant has favored the improvement of the microbiological quality of the bathing waters, allowing the recovery of the blue flag for Samil Beach.