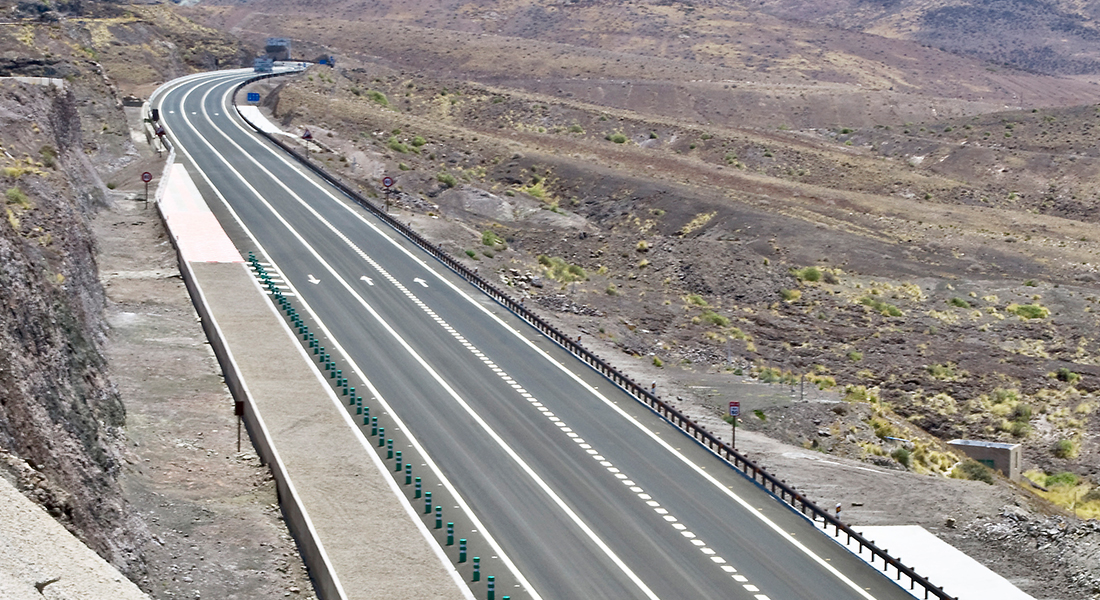 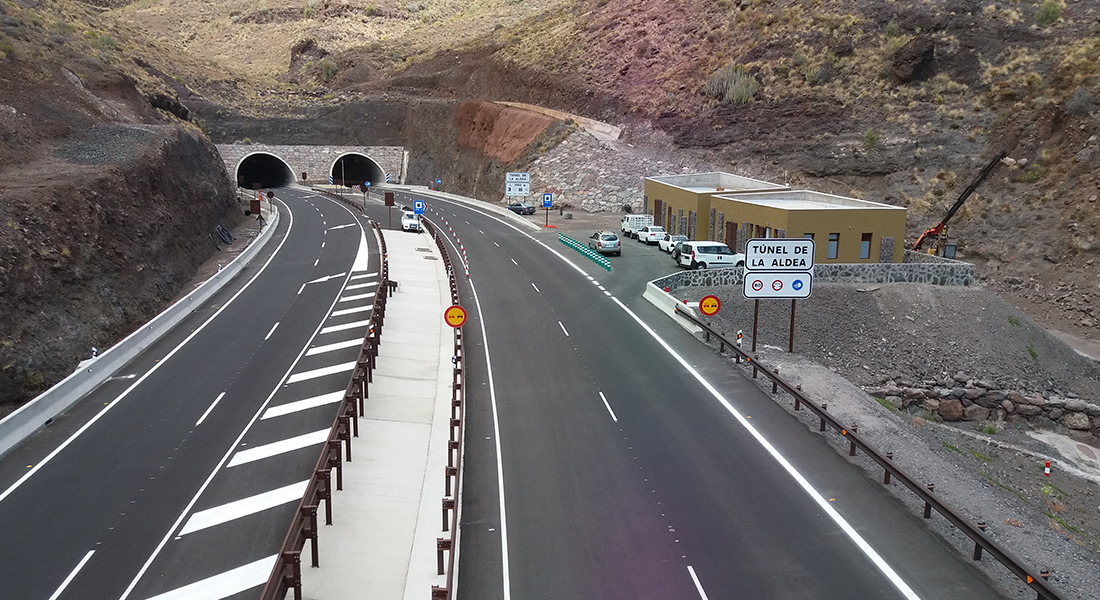 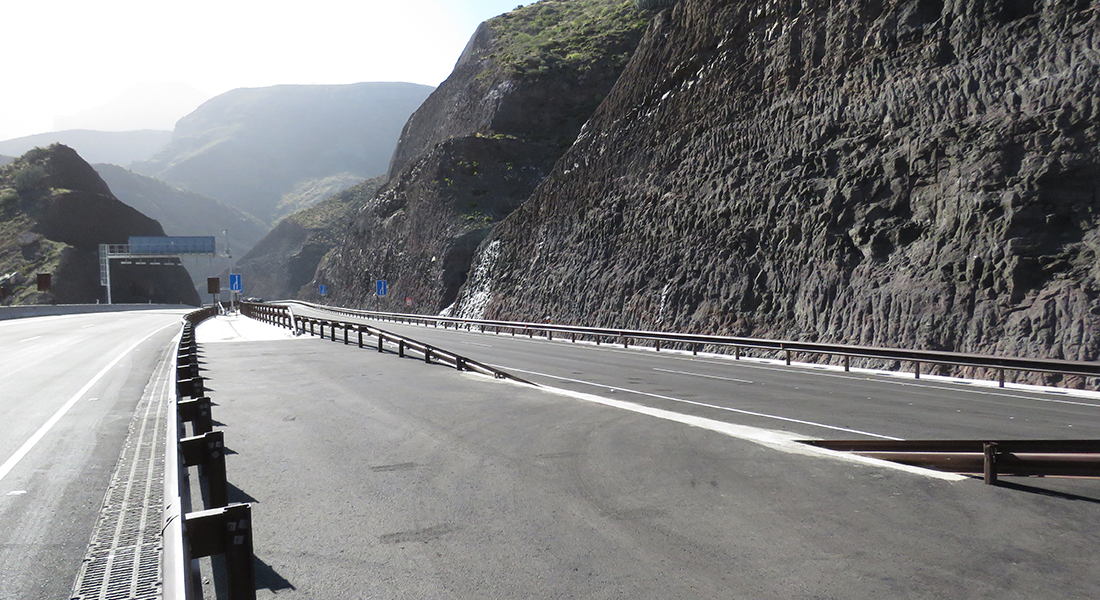 Construction of the La Aldea-El Risco road, on the island of Gran Canaria, at the request of the Ministry of Public Works and Transport of the Government of the Canary Islands. This work is part of the GC-2 road that connects Agaete with San Nicolás de Tolentino, a project included in the Collaboration Agreement on roads signed between the Government of the Canary Islands and the Ministry of Public Works.

The project, which involves the construction of a 10 km long section, is the first of two initiatives planned within the framework of this infrastructure. In addition to improving the layout, these works are intended to reduce the route by 35% compared to the current road.

Seven viaducts, a 2,339 m double-tube tunnel, two bi-directional single-tube tunnels with three lanes of 518 and 604 m, respectively, as well as an 87 m cut-and-cover tunnel, were designed for its execution. The section also has two junctions, one at Andén Verde and the other at Güi-Güi, and an intersection at La Aldea.