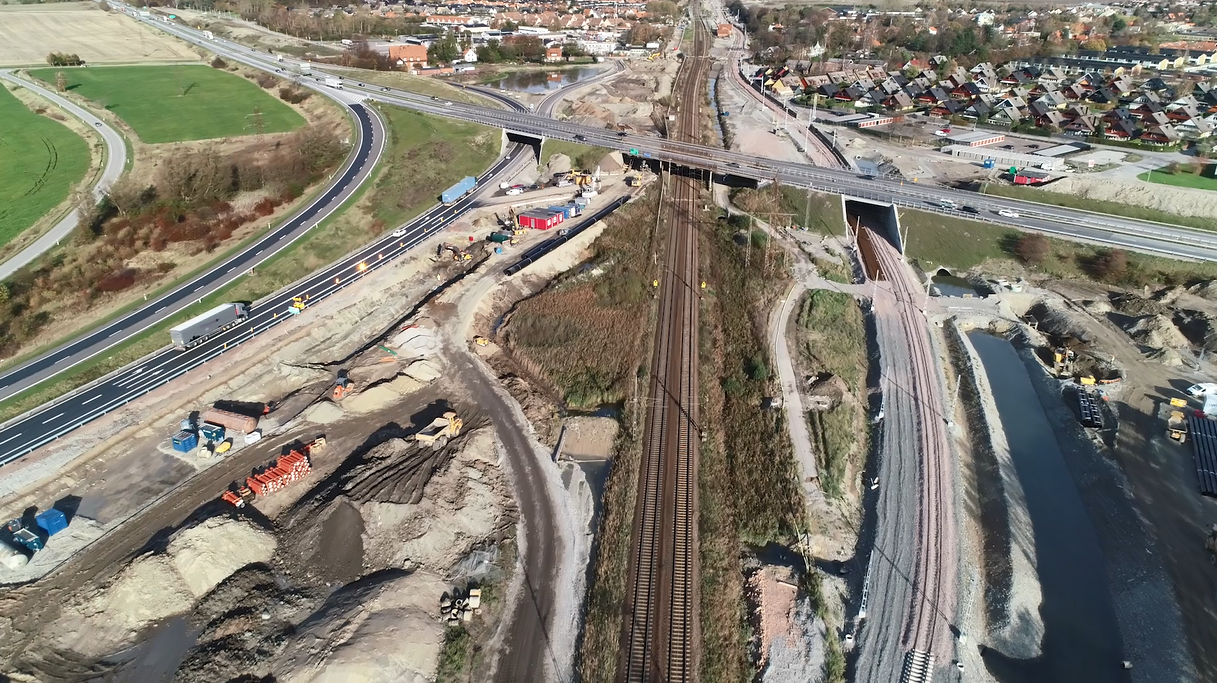 The Lund-Arlov section is one of Sweden’s main railways, with an intensity of some 450 trains per day and 60,000 passengers, providing rail communication between the Scandinavian peninsula and the rest of the European continent. Once the work has been completed, the track capacity will be increased to 650 trains per day.

The project contemplates the construction of 8 km of line with four tracks, executed without interruption of service, and 5 km of two temporary tracks parallel to the existing route, to which traffic will be diverted during the construction of the new infrastructure. The initiative also contemplates a lowering of up to 6 m in depth in 5 of the 8 km of the route, including a 400 m burial near the Akarp station. This has been done in compliance with the environmental requirements of the municipalities regarding noise, vibrations and minimizing the barrier effect in the vicinity.

In addition, three new stations are being built in Burlöv, Akarp and Hjärup, four overpasses and two underpasses transverse to the route, as well as three underpasses under the country’s most important track (E6/E20) and widening it to three lanes in each direction, keeping traffic in operation.