Restoration of the Corbin Building 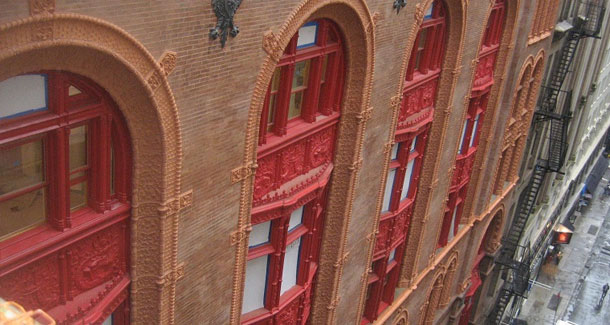 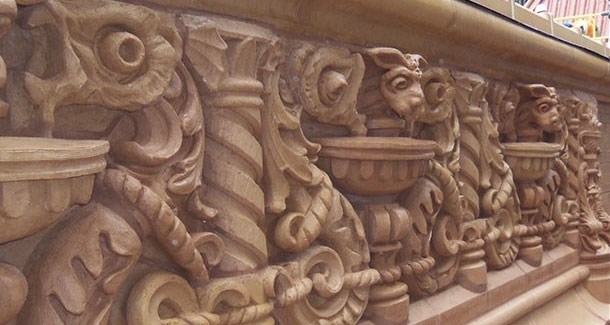 Corbin Building, one of New York City’s historic buildings. The project, awarded by the Metropolitan Transportation Authority Capital Construction (MTA) and completed, almost entirely, in April 2013, included structural improvements, restoration of the building’s façade, main staircase and windows, and renovation of the interior.

Built between 1888 and 1889 and included in the U.S. National Register of Historic Places since 2003, the Corbin Building is characterized by its façade, made of ornamental terra cotta, cast iron and ferruginous sandstone. Inside, it has ceilings decorated with Guastavino-style tile arches, mahogany window frames and a curved main staircase.

The work brought the Corbin building, which was in a state of ruin before the project, back to its original splendor. Today it stands as one of the most admired properties in Lower Manhattan.

Its historic nature and beauty after the remodeling work has been noted by leading newspapers such as The New York Times, which defines it as an “architectural delight” whose façade is dominated by an “ornamentation based on animals and plants in terracotta, encircled by alternating strips of different sandstones and crowned at both ends by pyramid-shaped peaks” and which stands out above other elements, “the monumental arches that run along John Street as an aqueduct, brought to life with crimson-colored cast iron windows”.

In 2013, the Metropolitan Transportation Authority Capital Construction of New York (MTA) was awarded the prestigious Lucy G. Moses Award, given by the New York Landmarks Conservancy in recognition of its work to preserve the legendary building.